To the untutored eye, our trackside and MTC-based engineers appear to have been taking it easy this week, given the amount of time they’ve spent watching modern and vintage MotoGP and WSBK racing. At the factory or 35,000ft above the Atlantic, it’s been bikes all the way – though it’s not leisure. At least, not entirely. Our information on the Losail International Circuit is limited, and thus the team is keen to scour the footage for any hints that might make the weekend go easier. The lines, speed and strategies are, of course, entirely different – but understanding elements like bumps on the track, the height and type of kerb, even the severity of the tarmac, is all useful intel.

Of course, for the drivers, watching the bikes is second nature. Both Daniel and Lando are huge bike fans, and for once they’re going to a new track with rather more information than the team around them. Lando, of course, cites Valentino Rossi as his original racing inspiration, and last week he was exchanging text messages with The Doctor, shortly before the latter’s final race. Daniel tends to be a bit more hands-on. When at home on the farm in Western Australia, he’s rarely far from a dirt bike.

They aren’t the first McLaren drivers to have a fascination with two wheels. Indeed, it’s rare to come across a driver who doesn’t like the bikes, so here’s a selection of those who’ve got their kicks with a hand on the throttle.

Starting at the very top, Mike Hailwood, aka ‘Mike the Bike’ was a two-wheel legend long before he drove for McLaren in 1974. Hailwood’s motorcycle accolades include but aren’t limited to, nine world championships across 250cc, 350cc and 500cc won between 1961 and 1967, and 14 victories at the Isle of Man TT. Hailwood raced in F1 sporadically between 1963 and 1971, but full-time from 1972-1974, with Surtees in ‘72-‘73 and McLaren in ’74. While Emerson Fittipaldi and Denny Hulme took victories for McLaren, Hailwood contributed to the team’s first Constructors’ Championship success with third place in South Africa. His season was cut short, however, when a crash at the Nürburgring resulted in a badly broken leg and retirement from the sport.

While not a McLaren works driver, it would be rude to not mention the great John Surtees, the only man to win world championships on both two wheels and four. Surtees won the 500cc championship in 1956, and then doubled up in 1958, ’59 and ’60 with both the 350cc and 500cc titles, before switching to F1 in 1960. He won six grands prix and the 1964 world championship for Ferrari. He started his own team in 1970 and raced a McLaren M7C in the first half of that season before his own Surtees TS7 was ready, scoring a point in the customer McLaren at Zandvoort.

Mark had been McLaren’s test driver in 1992, dovetailing that work with his sports car commitments, winning the Le Mans 24 hours for Peugeot. He had a similar programme in 1995, contesting Le Mans in the Gulf McLaren F1 GTR, finishing third, together with six points finishes alongside Mika Häkkinen in what was a difficult season for the F1 team. Mark, however, hadn’t come through the karting ranks but had been a top schoolboy motocross rider with a national ranking and string of victories before Formula Ford came calling…

Like Gilles Villeneuve before him, Kimi Räikkönen’s exploits with a hand throttle tend to centre on snowmobile racing, but he’s a big fan of bikes too, posting several videos of himself getting big air on a motocross machine. He also set up the IceOne motocross outfit to contest the FIM Motocross World Championship, which has led to Kimi being photographed on a range of Kawasaki and Husqvarna bikes over the last decade. On the road, however, he’s better known for riding a variety of ‘Iceman’ liveried custom-built cruisers and choppers. 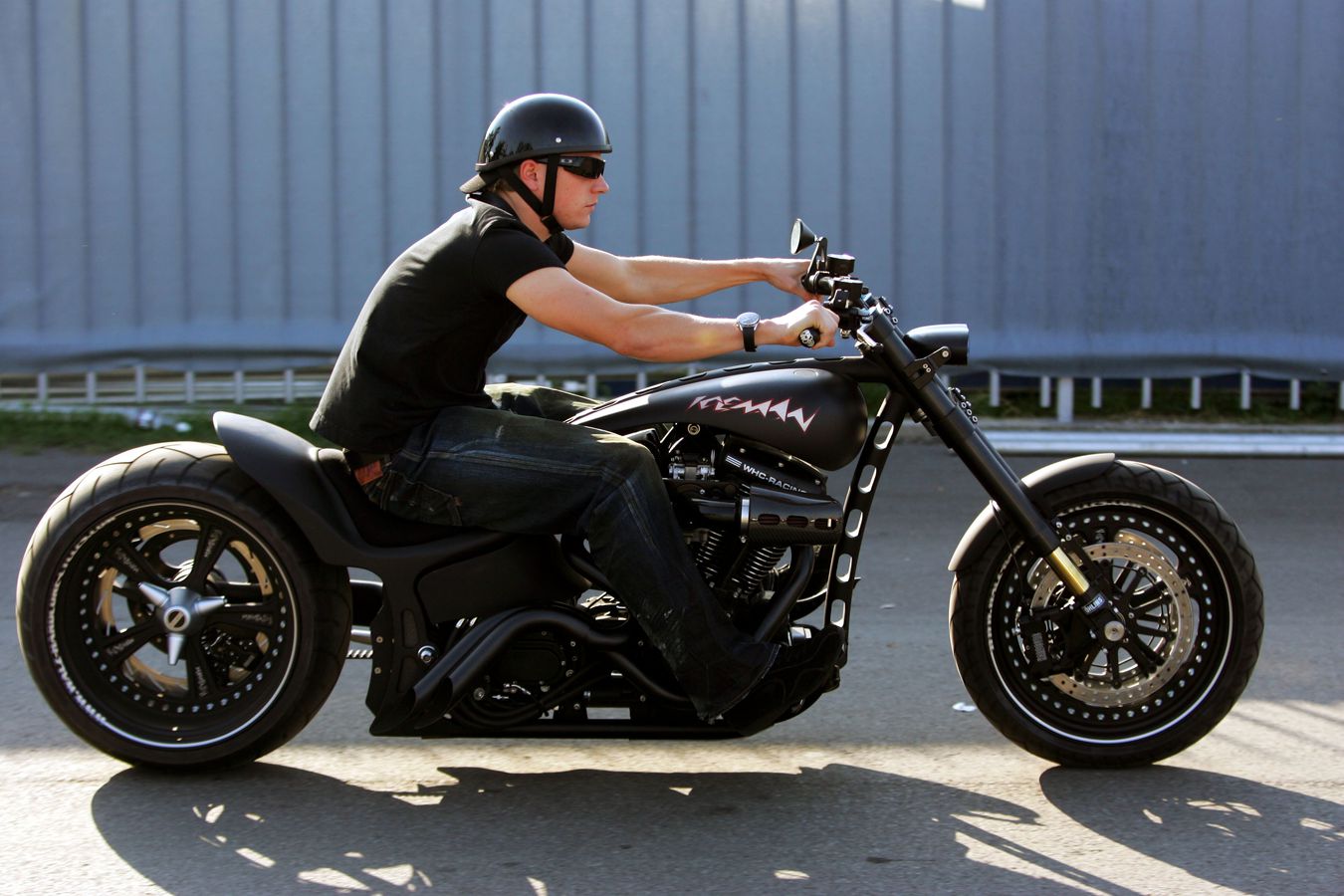 According to Jacky, his interest in motorsport, however, began on two wheels, rather than four, when his father, a motoring journalist, bought him a 50cc Zündapp motorcycle. He was soon winning national and European trials titles in the 50cc class before moving on to saloon car racing in the Belgian Championship. He won that too. Jacky only contested a single race for McLaren, the 1973 German Grand Prix at the Nürburgring. Despite being entirely unfamiliar with the car, he still managed to finish on the podium.

Fernando’s two-wheeled adventures tend to be pedal-powered, but, unsurprising given his nationality, he’s also more than capable on a motorbike. During his second spell with McLaren, and despite being less than fulsome in his praise of Honda’s F1 power unit, he jumped at the opportunity to appear at Honda’s Motegi open day, getting his knee down on an RC213V as he accompanied six-time Moto GP world champion Marc Márquez for a few laps around the famous circuit. 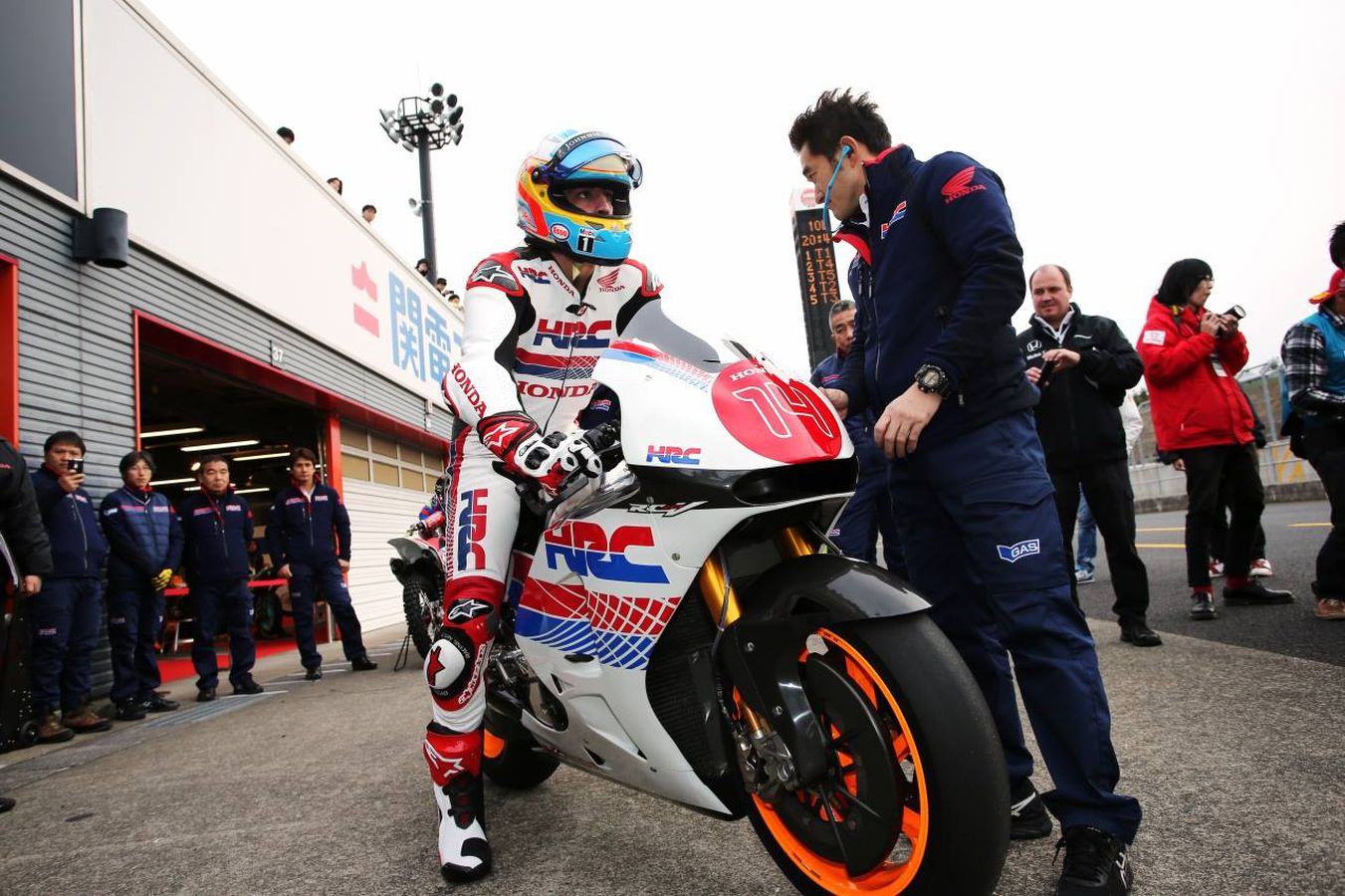 Ayrton was always a keen biker but he formed a special bond with the Ducati marque, first riding an 851, and frequently filmed in Monaco on a Ducati Monster 900. The admiration was reciprocated, and shortly before his death, Ayrton signed a deal to create the Ducati 916 Senna special edition, with proceeds going towards his charitable foundation. Ducati continued to honour his name with further Senna models following. Most recently, a Ducati 1199 Panigale S ‘Senna’ went on sale in Brazil only – though one auctioned in Europe by Sotherby’s resulted in Max Biaggi eventually securing the bike after a fierce bidding contest with Felipe Massa.

Martin likes his bikes – and it’s largely McLaren’s fault. Martin tells the story of how, after riding a moped as a teenage in the mid-1970s, before having a car licence, his next experience on a bike was riding Randy Mamola’s 500cc World Championship machine at the Circuit de Barcelona-Catalunya. Martin and Randy were doing a Marlboro filming shoot, with Martin driving his 1994 McLaren MP4/9 and Randy on his Roberts-Yamaha. At the end of filming, Brundle found himself borrowing Randy’s boots, leathers and bike, and has never looked back… though these days he’s generally in the saddle of something a little more comfortable. 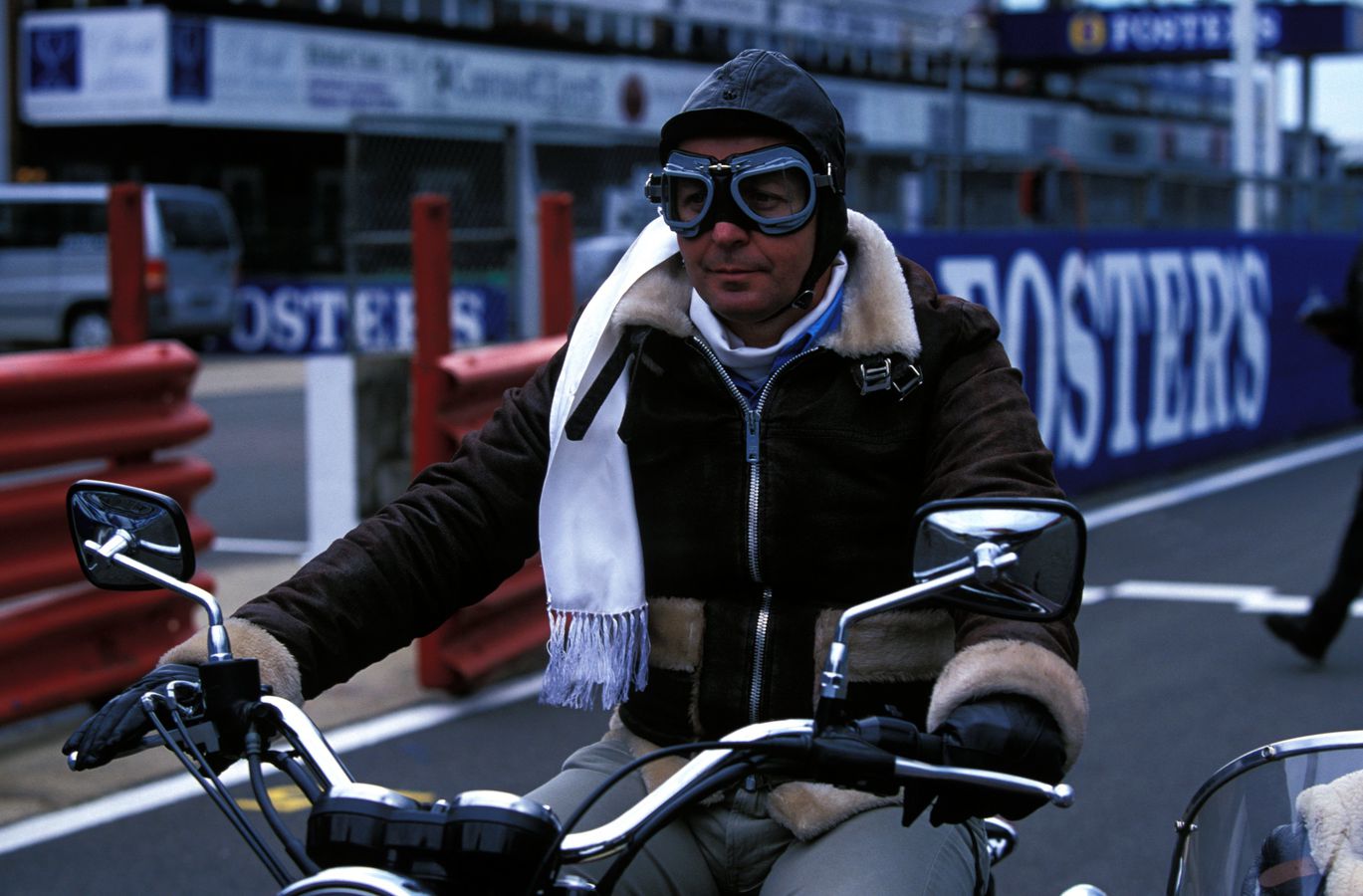 1976 World Champion James Hunt was always strongly associated with the bike scene, primarily through his friendship with 500cc World Champion Barry Sheene. Shortly after his retirement from F1, Hunt appeared in adverts for the Triumph Bonneville, and took a bike as payment. Interestingly, Hunt didn’t actually have a motorcycle licence…

McLaren Plus is our free-to-join fan loyalty programme, bringing McLaren fans closer to the team with the most inclusive, rewarding and open-to-all fan programmes in F1 & esports.

Sign up now, or current members can amend their details in the form below if necessary.